Skip to content
Previous Next
Behind the Scenes with Penn & Teller: Fool Us – Pt. 2

BEHIND THE SCENES WITH

[Part two – from Phoenix to the beginning of the live filming ]

After a busy weekend, I left Phoenix early morning on Tuesday and drove 4.5 hours to the Rio Suites hotel in Las Vegas. During the drive, I repeated the 3 minutes of verbal portion of the new routine, literally, 63 times. Then about 45 minutes before I arrived at the hotel, I had to clear my head, stop talking, and listen to some music. 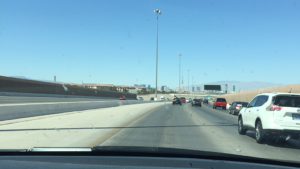 Once I arrived at the hotel, I realized how BIG Penn & Teller’s names are in Vegas. Their names and pictures are everywhere…inside and outside. The main tower of the Rio is 42 stories tall and the P&T poster cover 90% of it. BAM. Walking from the parking to entrance, BAM,  there they are. Near the check-in desk. BAM. On the “do not disturb” sign for my room. BAM. A plaque by the bed. BAM. Looking out the window I could see the huge sign. BAM. There they were again. Everywhere!  It was difficult to forget where I was and it kept my excitement at its peak. 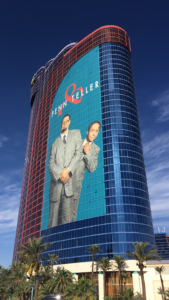 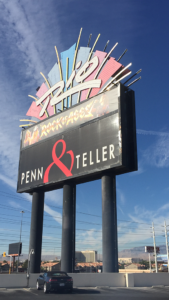 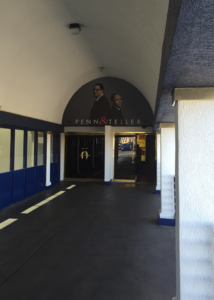 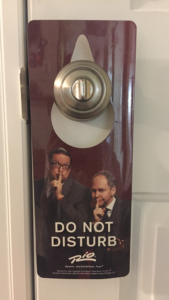 After I got settled into the room, I went down to check in with the coordinators, but I was early and was asked to return later. I caught a glimpse of Penn (not the poster) as he was going into the rehearsal room and my heart skipped a beat. I thought to myself, “this is really happening!” I had an early dinner and went back to check in. There I met, among other people, Samantha (Sam) who took care of contracts and payroll. (She was to become my “go to” girl for the rest of the week. She was brilliant!!) I received my credentials and a basic schedule for the next few days and returned to my room to rehearse a few times.

Upon looking at my schedule, I noticed how much there was to do! The entire season was filmed in two weeks. This included off-site rehearsals, filming intro package interviews, filming b-rolls, full dress/tech rehearsals, and filming in front of live audiences for over 60 different acts. It was amazing to know that I was one small part of a very large production.

I had a mantra going into this: “Happy to be here, easy to work with”, and I was. I arrived early to every call time and made sure I did the best I could to be understanding of how tight the schedule was to get everything done. 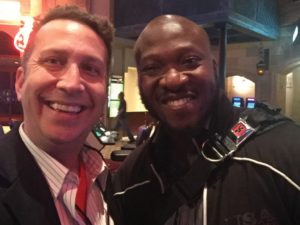 My intro interview was scheduled for 8:15am on Wednesday, where I met my director, Olu. The interview was fun. Part of it was him asking me questions from behind a camera and getting a feel for me as a performer and as a person. We had already talked on the phone and he already had a direction he wanted to go with my story.  Later, we moved into another room for some playtime with magic props. He wanted to tell the story of me as a performer and new father. He also brought in some props of his own: kids toys and a giant pacifier (which he had me try and spin like a six-gun). It was fun to goof around with toys and magic props. Then poof…the interview was over.

Later that afternoon, I met up with Olu and a different film crew to record the B-roll in the Rio’s wine bar. I had three different costume changes with me playing with more magic props. We filmed a performance with me behind the bar and another area, then poof…the B-Roll was over and they moved like lightning to get to the next act.

Afterward, I had my “off-site” rehearsal in front of Andrew and Lincoln (producers), Michael Close, Johnny Thompson (magic consultants), the prop master and more crew. We went through the routine twice. They only had a couple of notes for me, asked me to make the changes, and return the next morning to go through it again.  I went back to my room and practiced the changes several times that night. I returned the next morning (Thursday) and they were happy with the changes made.

I had until 4:30pm the next day off, so I hit the buffet. The buffet was the only place where I ran into other “foolers”.  Around 10pm, I headed out to Fremont street in Vegas. It is a collection of street performers and wow…just…WOW! What a crazy collection of talent and incredible people watching!

My call time for full dress tech rehearsal and the live taping was 4:30pm. My plan was to rehearse until 11am, nap until 1pm, rehearse again until 3pm, pack, shower and dress by 3:50, and be at the doors by 4pm. That was the plan, however, it didn’t work out that way. One of my props broke.

The briefcase that I was going to produce the cookie jar and milk jug out of, fell over and poked a small hole in the practice jug and water leaked all over the case and the floor. The hole was small enough that some tape would repair it–but I had none. So I went down to the gift shop and the lady there was nice enough to give me some scotch tape. This worked for about 2 seconds. The case fell over again and broke the case and put a larger hole in the jug. Grrr… So I had to channel my inner MacGyver. Looking around my room (in a panic), I found all I needed to make the repairs except gaffers tape. I ran down to the theater and asked for some gaffers tape, which the crew was nice enough to give me some. Then, ran back to my room to work on the repairs. I used my pocket knife, gaffers tape, whittled down chopsticks, and cotton balls to make the necessary repairs to the case and the practice milk jug. By this time it was after 1pm — so much for my nap. I spent the next couple of hours rehearsing and getting ready. 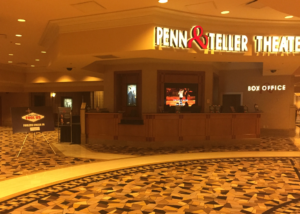 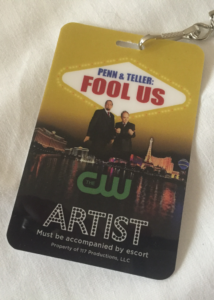 I arrived at the theater at 4:10 and had to wait to be escorted back. While I waited, I chatted with a lady and her 2-year-old daughter in a stroller, they were the family members of one of the lighting guys. I had a blast making her daughter smile and laugh. I hadn’t seen my son in six days, so this was a special treat for me.

When the rest of the performers who were scheduled to perform that night arrived, we were escorted backstage to the waiting area underneath the stage. It quickly made me think about mice in a maze, with the much-anticipated cheese as a reward.  Except instead of cheese, it was to perform for Penn and Teller! 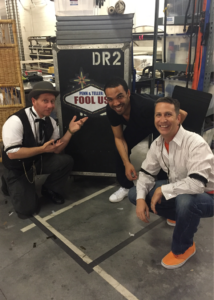 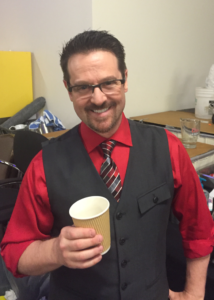 There were four acts scheduled for each live show and we were told what order we would be going.  I was second in the lineup.

We sat around aimlessly chitchatting and getting prepared for our own set. After a while, one of the producers came down to encouraging us to do our best and not to worry so much about whether or not we were going to fool Penn and Teller. Just go out and have a great performance.

Then, I was asked to go and meet with Allison Hannigan, the hostess. We chatted for a couple of minutes while she was fact-checking the information sheet that she had on me. Allison was super nice and I would’ve liked to have spent more time talking with her, but I was needed in hair and makeup. 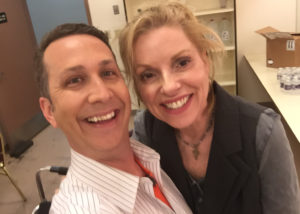 I was soon moved into hair and make-up, then moved back into the holding area where I waited for my first full dress rehearsal. In order to keep the show’s secrets, we were not allowed to see any other performers rehearsal or live performance.

For the full dress tech rehearsal, I was moved upstairs, hooked up with a microphone, helped get my props set up, and was given the first (of two) gallons of almond milk. (We decided early on that almond milk would be best to avoid any intolerance to milk.)  We moved onto the stage where there were stand-in’s for Allison, Penn, and Teller. One of the things that they changed was that I was no longer going to be walking on.  Instead, I will just be standing behind the table. This kind of threw me for a loop because the effect of the milk and cookies coming out of the briefcase would be lost because the audience would not see me carrying it on. But aside from that, we went through the whole tech rehearsal without a hitch. I was told to play to the camera in the back of the theater and to ignore the other 8 cameras. NINE cameras in total?? WOW!!

After everyone had gone through their tech rehearsal, we all went back downstairs again and waited for our turn to go up and perform LIVE. Chef Anton was first and about halfway through his routine, they pulled me up and had me set up to go onstage. I was off stage and couldn’t see anything he was doing, but heard some of the crowd’s reaction and applause. About the time that Chef was done with his routine and chatting with Allison, (while Penn & Teller were deliberating) someone said “get him out of here, now!” pointing at me. They removed me from backstage to keep me from finding out his results.

After Chef Anton was finished, the crew moved me backstage again and I continued to gather my stuff together, made sure that the table was in the right place, and suddenly, it was my turn. I took a deep breath and walked onto the stage… 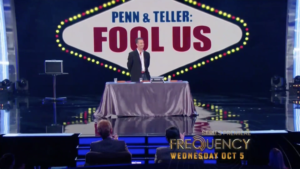