HONORING THOSE WHO SERVE: A 16-DAY TOUR FOR

Honoring Those Who Serve – The “Quicker Than The Eye – Magic & Comedy Up Close” 16-day tour of Kuwait, UAE, Bahrain, & Djibouti, Africa; presented by Armed Forces Entertainment.

In June 2017, I was asked by Bob Kubota (a professional comic and magic enthusiast), if I would be interested in performing for our troops overseas in August. I immediately said, “YES!” Here’re the two reasons why I was willing to take time away from my regular performance schedule and family: First, even though I’ve never served, many members of my family were or are military. My grandfather, both my mother and father, brothers, uncles, father-in-law, and my wife have all served in the armed forces. This was an opportunity to pay it forward for the sacrifices they made so my family and I can be safe and free.  Second, this was a chance to experience places I would, otherwise, not likely have to opportunity to visit.

What is the AFE?
“The AFE is the official Department of Defense agency providing entertainment to deployed military personnel.”

“There’s nothing like … a side-splitting laugh to stir up a memory. It’s how Armed Forces Entertainment brings a touch of home, in the form of free entertainment, to those far away from home.” – AFE website

Who were the members of the QTTE Team? (In order of appearance) 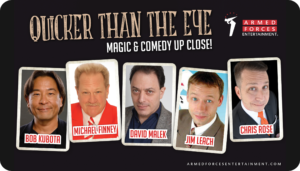 I was both honored and humbled to have been asked to be a part of such a strong team of performers. Having spent over two weeks traveling and performing with these gentlemen, I can say not only are they fantastic performers, they are each men of character with genuine empathy for what our military personnel overseas are going through on a daily basis.

We did 27 scheduled performance over the course of 16 days; each performance was free for any service member or staff to attend. When not performing, we were traveling. We had 17, 60-minute “Meet & Greet” close-up magic shows along with 10, 90-minute magic and comedy shows in the evenings. M&Gs were at various units within a camp where the commanders and/or soldiers who lived and worked in that unit shared info about their jobs with us. Afterwards, we entertained each unit with their own close-up magic show.[At one particular M&G, I put on a bite suit and was taken down by a military trained K-9.] The evening shows were generally hosted in the camp’s theater (if they had one), dining facility, or multipurpose room. After each of these shows, we had the opportunity to shake hands, sign autographs, and take pictures with the men and women who came to the show. 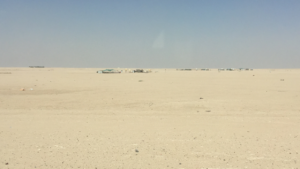 Many who serve, do so in the most inhospitable areas of the world under seriously harsh conditions. Typically, a tour is one-year long, however, many are deployed multiple times over the course of a career. Depending on location, service members are often confined strictly to the military base which at times can feel like a prison. For months on end, the temperatures top 120 degrees with humidity over 50%. Those of us at home have no real idea or understanding of what they endure.

Our mission, as a team, was to bring a smile to their faces, a touch of home, and if only for just a few minutes transport them to a world where they are once again filled with wonder, laughter, and excitement. These performances allowed them a release from the seriousness, stress, and tension they feel on a daily basis.

On our first evening in Djibouti, a soldier who was midway through his deployment was told that his father’s health was fading. His wife found Michael Finney online and wrote an email to us saying the show helped him cope and forget about his problems — at least for a time. He came to the show again the next night and we all got to meet him and put a face to the name. This was only one example of how our presence there improved their lives and helps to encourage them to keep up the difficult, largely thankless, job they are doing for us.

Therein lies the whole point of our tour: If we could reach just one person and make their life better for just a few minutes, our time at these bases was well spent. 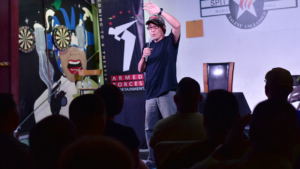 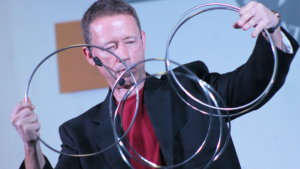 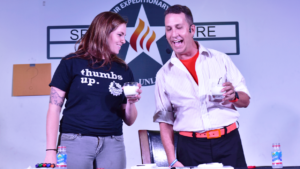 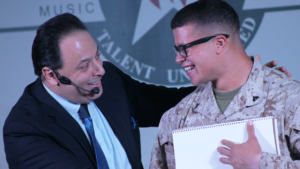 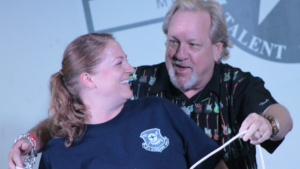